Welcome to the world of avianaholidays – the leisure unit of IATA accredited Aviana Travels Pvt. Ltd, approaching “26th Year of Excellence Service” in the space of Travel & Tourism segment. Our experienced and pleasant Tour-Director, who will be with you throughout, will meet & greet you at Kolkata International Airport before journey. She / He will assist you with immigration & custom formalities before boarding flight scheduled to leave Kolkata for Colombo by Sri Lankan Airways.

Upon arrival in Bandaranaike International Airport, Colombo, transfer you to the designated hotel. Dinner and check in to the Hotel. Stay overnight in the Capital of Sri Lanka.

[MEAL ON BOARD, DINNER]

Today after breakfast, check out and we will proceed to Pinnawala to visit Elephant Orphanage – the one and only of such type of orphanage in the world. Pinnawala Elephant Orphanage is an orphanage, nursery and captive breeding ground for wild Asian elephants located at Pinnawala village, Kegalle town in Sabaragamuwa Province of Sri Lanka. Then we will proceed for Sigiriya region. You will see the famous Sigiriya Rock Fortress and proceed for our designated hotel in Sigiriya. Check in & overnight in Sigiriya.

After breakfast, check out and visit Dambulla Cave Temple, the largest and best-preserved cave temple complex in Sri Lanka. The rock towers 160 m (520 ft) over the surrounding plains. There are more than 80 documented caves in the surrounding. Major attractions are spread over five caves, which contain statues and paintings. This paintings and statues are related to Lord Buddha and his life. There are a total of 153 Buddha statues, 3 statues of Sri Lankan kings and four statues of god and goddess. The latter four include two statues of Hindu gods, Vishnu and Ganesh. The murals cover an area of 2,100 m². Depictions in the walls of the caves include Buddha’s temptation by demon Mara and Buddha’s first sermon.

Then proceed to Kandy enroute visit GEM Gallery and Temple of Tooth Relic.

The Holy Temple of the Tooth Relic (Sri Dalada Maligawa), was originally built under Kandyan kings between 1687 and 1707, but later severely damaged during the 18th-century colonial wars against the Portuguese and Dutch. After the wars, the original wooden structures were restored in stone.

Next, we will enjoy a typical Sri Lankan Cultural Show of Drumming, Dancing, Music and Fire Walking. Later you will be taken for check in to hotel. Stay overnight in Kandy.

After breakfast, we will proceed to famous Hill Station Nuwara Eliya (City of Lights), also known as ‘Little England’, was the favorite hill station of the British who tried to create Nuwara Eliya into a typical English Village. Enroute, we will also visit the famous Sri Lankan Tea Factory and Hanuman Temple at Ramboda.
You will also witness the spectacular Ramboda Falls, 109 m (358 ft) high and 11th highest waterfall in Sri Lanka and 729th highest waterfall in the world.

Then visit Seetha Amman Temple and Aska Vatika. It’s located approximately 5 km from Nuwara Eliya. The temple is located in the village of Seetha Eliya. This place is believed to be the site where Sita was held captive by king Ravana, and where she prayed daily for Rama to come and rescue her in the Hindu epic, Ramayana. We’ll transfer to Nuwara Eliya hotel. Check in & overnight in Nuwara Eliya.

After a relaxing breakfast check out and proceed to the Capital of Sri Lanka, Colombo. You will enjoy the guided orientation city tour of Colombo along with shopping stops.

Then proceed to Negombo – the beach on the Indian Ocean…for overnight stay. Near the waterfront, the remains of the 17th-century Dutch Fort now house a prison. Negombo Lagoon, lined with fishermen’s huts, feeds into the Dutch-era Hamilton Canal.

HIGHLIGHTS: ENJOY THE PARADISE ON EARTH

Enjoy a relaxing breakfast in the hotel itself. Then check out and proceed to Colombo International Airport to board flight for Male. Upon arrival at the airport, you will be transferred by speed boat to our designated hotel. Check in and overnight stay in Maldives.

HIGHLIGHTS: EXPERIENCE THE SERENE BEAUTIES OF THE COLOURS OF INDIAN OCEAN

Explore the picturesque Island on your own. As we stay in the only resort on the island, it will be easier for you to explore this island and engage in some exciting beach activities. The awesome vast beach is exclusively for the resort residents only and the Island itself is the resort where you stay…It’s amazing!! Stay overnight in this calm & quiet island on the Indian Ocean.

HIGHLIGHTS: EXPERIENCE THE OPTIONAL ACTIVITIES, IF YOU WANT

Enjoy this beautiful Island on your own. If desired, optional tours or activities can be organized and payment can be made there.

Enjoy the last day in this beautiful island on your own. After Lunch proceed to Male International Airport to board flight to Colombo. Upon arrival in Colombo Airport transfer to Negombo for overnight stay.

After having early breakfast, the group will be transferred to Colombo International Airport to board the flight for Kolkata scheduled to depart on 08.25 am and arrives in Kolkata at 11:25 am.

Bid good bye to your friends made during the tour and return home with happy memories. Tour Ends.

[BREAKFAST, MEALS ON BOARD] 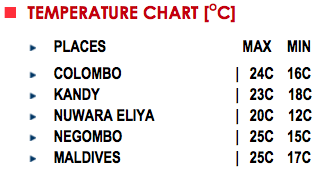 The Package Cost is based on a group of minimum of 26 Adults at the time of final boarding.

NB: The Tour Itinerary as well as the Package Price is subject to change if any unforeseen/unavoidable situations occur before or during the tour AND/OR if there is any increase or decrease of cost per Airline, IATA rule, Visa & Rate of Exchange (ROE) at the time of final payment & departure of the tour, respectively. The package cost which includes all the services (as mentioned in the itinerary etc) has being framed as on 15th January 2020. The Tour Itinerary, Airfare, Taxes, Visa Charges, Medical Insurance Premium and other related expenses/fees are subject to change and it will applicable to the esteemed clients accordingly.

Payment equivalent to Foreign Currency Component (mentioned in package price) including the Tipping & Optional Tour if any, has to be paid in Indian Currency with local cheque/at par cheque only, favoring Aviana Travels Pvt Ltd, as per Forex (foreign exchange) Card Board Rate based on the rate of the day of Final Payment as schedule by Aviana Travels Pvt Ltd. Indian Currency part can be paid in A/C Payee (for local), “A/C Payee at Par” (for outstation), Demand Draft or by Cash.